About the United Church of Christ

The Southeast Conference is one of 39 regional bodies of the United Church of Christ, a “mainline” denomination with over 5,000 churches and nearly one million members across the U.S. The United Church of Christ was founded in 1957 by a merger of the Congregational and Christian Churches and the Evangelical and Reformed Church (E&R). Congregationalists trace their roots back to 1620 with the Pilgrims of Plymouth and the Puritans of Massachusetts Bay, and the E&R is of liberal German parentage.

Beginning with the Pilgrims in 1620, refugees of the European Reformation became known in this country as Congregationalists and Presbyterians. They were champions of freedom, independent of spirit, and democratic in governance — all of which exercised tremendous influence on American history and the development of democratic institutions. The Mayflower Compact became a template of sorts for the U.S. Constitution, and Congregationalists founded Harvard and Yale and many of the finest institutions of higher education in America. Believing that an uneducated clergy person is as dangerous as a quack physician, Congregationalists insisted that the “parson” (the person) be the most educated member of the community. And they saw no conflict between intelligence and piety.

The Church of Firsts 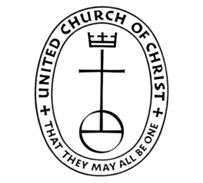 The United Church of Christ has been the church of firsts, weaving God’s message of hope and extravagant welcome with action for justice and peace. Together, we live out our faith in ways that effect change in our communities. The UCC’s many “firsts” mean that we have inherited a tradition of acting upon the demands of our faith.  When we read in Galatians: “There is no longer Jew or Greek, there is no longer slave or free, there is no longer male and female; for all of you are one in Christ Jesus”—a demand is made upon us.

As a church of “firsts” the UCC was:

We were in the forefront of the anti-slavery movement and the Civil Rights movement. Our response to the demands of our faith is woven into the history of our country.

A Church of Extravagant Welcome

Today, we continue to change lives throughout the world. We work alongside more than 200 mission partners. We labor ceaselessly to fight injustice, in the United States and abroad. We instill our vision into our youth and young adults, forging leaders who will imagine new dreams. And we sustain and develop church leaders, pastors, and our local churches to live their faith in exciting new ways.  We believe in a God that is still speaking, a God that is all-loving and inclusive. We are a church that welcomes and accepts everyone as they are, where your mind is nourished as much as your soul.

We are a church where Jesus the healer meets Jesus the revolutionary, and where together, we grow a just and peaceful world. Our Faith is 2,000 Years Old. Our Thinking is Not.