Congress still needs to consider in the lame-duck session:

A DC Judge struck down the Trump-era policy used by U.S. border officials to quickly expel migrants because of the covid pandemic, saying the ban had little proven benefit to public health even as it shunted migrants to dangerous places.

The Supreme Court heard arguments last week in a case that will decide the fate of the Indian Child Welfare Act (P.L. 95-608). ICWA was enacted in 1978 to help keep Native children in Native homes. The court’s decision could significantly impact Native communities and tribal sovereignty.

For the first time since the invasion of Ukraine, the United States and Russia have agreed to engage in talks on the New START treaty—the only existing nuclear agreement between the two countries. In addition to capping both countries’ arsenals, the treaty builds transparency through mutual on-site inspections and information exchanges, significantly reducing the risk of nuclear war.

On Monday, President Biden met with Xi Jinping the leader of the Chinese Communist Party for the first time.  It was their first 1-1 meeting and took place during the G20 summit in Bali, Indonesia. Given global tensions and hopes that both nations take leadership on climate change and other challenges, such a meeting carries global significance. Although President Biden said there was no “kumbaya” moment, he did note hopeful tones including suggesting “There need not be a new Cold War” with China, and received assurance China is not planning an imminent attack on Taiwan (although according to Chinese papers, Xi outlined several red lines).

An Iranian court on Monday sentenced a protester to death for allegedly setting a government building on fire, and was charged with violating national security and “war against God” and “corruption on earth.”  Five others were sentenced to serve over ten years in prison on Monday, and over twenty still face charges punishable by death.  Protests since September over the death of Mahsa Amini (a 22-year-old woman who died in custody after allegedly breaking hijab rules) have spread to over 140 cities and resulted in the deaths of 326 protesters, according to Human Rights organizations.

President Zelensky visited the city of Kherson on Monday following the withdrawal of Russian troops last week. Many see the recapturing of this city as a turning point in the war and Zelensky himself called it the “beginning of the end of the war” in his speech in Kherson. In the U.S., some of President Biden’s advisors are pressing him to urge Ukraine to seek a diplomatic end to the war. 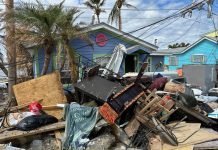 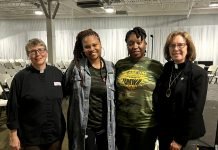 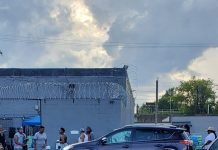 56th Annual Meeting Approves Resolution on Advocating for an End To...

Pop-Up Webinar on Thurs, June 23 to Prepare ONA Churches for...