by Maic D’Agostino | published on Oct 26, 2022 by United Church of Christ News (link to UCC article)

When the Rev. Shelli Poe lived in the heart of Jackson, Miss., she regularly received warnings to boil her water.

“I used to live in Fondren, (a neighborhood) in the middle of Jackson, and we would be under boil water notices every other week,” she said.

A citywide boil alert, which lasted more than two months this summer after August flooding took out the water treatment plant, was finally lifted Sept. 15. But certain neighborhoods and their water systems continue to see new warnings. In truth, Poe said, the water crisis points to a much longer, deeper problem.

“I think for people who don’t know Jackson, the really important thing to know is that this water crisis is not just something that happened because it rained a lot, it flooded and, all of a sudden, the water treatment plant failed,” she said. “This has been going on for 50 years.”

Poe serves as the pastor of Safe Harbor Family Church, a United Church of Christ congregation in Clinton, Miss., a suburb of Jackson. She’s joining fellow local faith leaders in calling for immediate action to address the crisis.

Representatives from more than a dozen religious communities released a statement Oct. 18. The signees implored local, state and federal governments to “come together in the face of a common cause and resolve this matter once and for all.”

To solve the crisis, Poe believes the city will have to dig deep — in some ways literally. That’s what she discovered while living in Jackson.

“I came to learn the infrastructure in Jackson is just crumbling and has been for the last 50 years,” she said.

She noted that the city of Jackson is predominantly Black — more than 80 percent of the population. It experienced “white flight” to the suburbs during the 1970s, after schools began to desegregate. That led to a significant loss of revenue, and less funding for aging systems.

“People just skipped town and took all their tax-base money with them,” Poe said, noting that loss of tax revenue and the resulting neglect has led to Jackson’s infrastructure failure.

“There’s lead in the water,” she said. “When I was living there and working in the middle of Jackson, if I drank the water, my stomach would feel upset. And that’s when we weren’t under a boil water notice.”

But, of course, people still have to drink something. Poe and her family ultimately decided to move out “because we’d have to drink bottled water all the time.”

And it’s not just water problems. Poe said electric bills were sky high. The city also had issues with garbage collection while embroiled in a federal lawsuit with its waste management company.

The church plans to turn the grant into $100 gift cards for 300 individuals to offset some of their costs from the water crisis.

“Even things, like, they need to buy a water filter,” Poe said. “A hundred bucks is not much, but it may be enough to buy a filtration system to put on your faucet or buy a Brita water filter. … At least to have a faucet that you can use and give that water to your children.”

She added that the congregation is partnering with local organizations to focus on Jackson’s “particularly vulnerable” immigrant community. Some may not know where to find services and resources, Poe noted, or may be hesitant to go through official government channels.

“We wanted to do something,” she said. “We’re a small congregation, so we don’t have discretionary funds available. But we were very glad to apply for a solidarity grant from Disaster Ministries.”

Another $3,000 Disaster Ministries grant to help Jackson residents was awarded to RIM (Real Inspiration Ministries) Church in Atlanta. With it, the congregation purchased bottled water, water filters and cleaning supplies for many families in Jackson.

“We also connected with the Metrocenter Mall, which allowed us to use their dock to have items shipped. And, finally, we connected with Mississippi in Action, led by activist/advocate Valencia Robinson, who allowed us to use her office space to create care packages that would be distributed in apartment complexes on the southside of Jackson, which was the hardest-hit area.”

Williams added that her church also attended two marches and rallies with the Poor People’s Campaign in downtown Jackson, “because we know that is water crisis is about more than water.”

RIM Church is currently trying to raise funds for another trip to Jackson next week.

“It would be good to raise people’s awareness and keep people asking for the things Jackson needs and keep making it priority,” Poe said. “Because, honestly, people aren’t talking about the water crisis. Because it’s over; it’s over until the next pipe breaks. Everyone knows the water isn’t clean. They just lifted the boil water notice to get people off their backs.”

As the statement by Poe and her fellow faith leaders noted, the water crisis “leads to frustration, anger and depression, as chronic problems go unaddressed and citizens feel undervalued.”

“I’m glad to see the local faith communities coming together to speak out and apply encouraging pressure to get the ball rolling on a long-term solution,” said another signatory, Southeast Conference Minister, the Rev. Kim Wood. 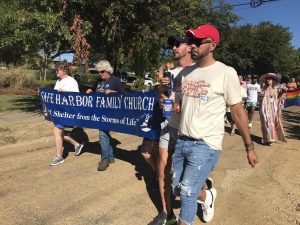 Some signs of progress already are appearing. Just days after the statement was released, the Environmental Protection Agency launched a civil rights investigation into Jackson’s water crisis.

Thanks to a complaint filed by the NAACP, the EPA’s new environmental justice office will determine whether the crisis is a result of racial discrimination.

“The whole city is like that. It’s a disgrace,” she said. “And it’s because 80 percent of the city is Black, and state leaders have said, ‘That’s all right; they can live that way.’ Basically, ‘We don’t care.’ Reluctance to take federal money and all that adds up to a bad situation. And the water crisis is a little blip.” 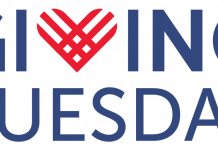 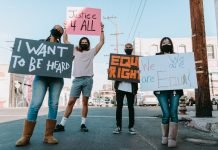 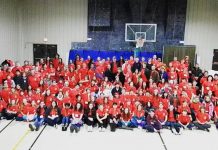 The Winter Youth Retreat is Back!

Retired Servants Dive into the Mystic