The Board of Directors of the Southeast Conference, United Church of Christ, has accepted an invitation to join an amicus curiae brief. This amicus curiae, which translates from Latin as “friend of the court,” speaks in support of the plaintiffs in the lawsuit Paul Eknes-Tucker, et. al., Plaintiff-Appellee & United States of America, Intervenor-Plaintiff-Appellee, vs. the Governor of the State of Alabama, et.al., Defendants-Appellants.

On April 8th, Alabama’s Governor Kay Ivy signed into law the Alabama Vulnerable Child Care and Protection Act. The law bans gender-affirming care for transgender and non-binary minors, denying the rights and responsibilities of parents to seek and follow expert medical advice for their children by making it a felony for both parents and medical professionals to provide such care with up to 10 years of imprisonment. Governor Ivy also signed into law another act focused on activities of transgender children in schools and measures requiring teachers and counselors to disclose to parents incidents of children questioning or exploring gender identity, as well as suppression of topics about sexual orientation and gender identity in primary grades.

Rev. Paul Eknes-Tucker, Pastor of Pilgrim Church United Church of Christ in Birmingham, a SECUCC congregation, is the named plaintiff in the lawsuit that includes several doctors and families with transgender children, who remain anonymous for their own safety. The courts have put in place a stay so that treatment for these youth can be maintained while the case is heard. However, an appeal has been filed against the stay, threatening to leave minors of transgender experience vulnerable and harmed.

Gender dysphoria in children and adolescents leaves them at a significantly higher risk for anxiety, depression, eating disorders, substance abuse, self-harm, and suicidal ideation. Removing the ability for parents and medical professionals to provide care and treatment for youth with gender dysphoria is cause for great concern for the health and well-being of these youth. As we sign onto this brief, we do so with Christ’s call to stand for and with those who are marginalized and discriminated against in our ears and Jesus’ example of seeking justice and living out love before us. We invite you to pray as this issue is again brought before the courts; for the children, O God, and their families and care providers, for the legislators who use laws as a means of discrimination, for us as we heed your call, we pray. Amen. 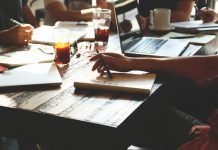 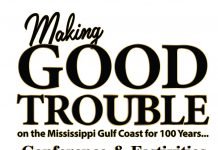