Facing criminal penalties and a devastating loss of essential medical care for their children, four Alabama parents from across the state, joined by two medical providers and Rev. Eknes-Tucker of Pilgrim UCC Church in Birmingham, asked a federal court to block SB 184 from taking effect. 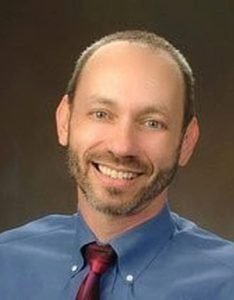 Easter Sunday was odd for me. Most years I connect to the many manifestations of new life and resurrection that the Easter stories proclaim. Easter 2022 didn’t work that way. The events happening in Ukraine with the war and the decision of the Alabama legislature and governor to pass a draconian bill criminalizing those offering care to families with trans children confused my Easter experience. I shared with the congregation of Pilgrim Church that these things happening in our world weighed heavily on me that Easter Sunday. I was not sure why this one was so different, since every Easter happens in the midst of horrible things happening in the world, including the first one.

Monday morning the phone rang and a man named Asaf Orr was calling from California. He told me he was interested in the Alabama bill and asked what I thought about it. The cathartic flood that just spilled from me surprised me with its intensity. He told me he was an attorney with a national lesbian rights group and was looking for religious and civic leaders in Alabama who were interested in challenging this bill. We talked further and I told him how much I appreciated having the chance to express my outrage and frustration with this hurtful time in Alabama.

Later in the day, Mr. Orr called again to ask if I would be willing to join the legal challenge of the law. I didn’t hesitate because just talking about the Alabama bill (that stopped puberty blockers and hormone treatment; criminalized parents, teachers, and medical provider; and terrorized our children) could not stand. We talked more about what that would mean and I shared this information with the Pilgrim congregation. The congregation stood solidly with me. I am blessed!

A few hours later, I was asked to be the named plaintiff. The other plaintiffs were anonymous doctors and families with trans kids. The danger to their lives and livelihood was clear. Again, there was no hesitation, not because I am so brave, but because I was so outraged by the actions and ecstatic that God had given me an opportunity to play an active role in not only complaining about evil, but getting to do something about it.

The hearing was held on May 6th in Montgomery. Attorneys from across the US were in town to support and observe this process. Two medical doctors presented the medical information which demonstrated the safety and effectiveness of the treatments, two family members shared with the judge in private about their experience with the medications and living in Alabama with trans kids in the family and I shared my experience of working with families with trans kids in 45 years of ministry in multiple states. I was the only named plaintiff; hence the lawsuit was listed as Eknes-Tucker vs. Kay Ivey. How amazing is that!

On May 14th we received word that the judge had ruled. It was a mixed ruling. The judge dismissed the clauses about charging doctors and other providers with a crime for providing the effective new treatments that were approved by the AMA. The judge also stayed interruptions of treatment that children were currently receiving. He left in place that school teachers or counselors who learned that a child was asking questions about trans issues would have to report the information to parents. He also left in place a prohibition on medical transition surgeries on children, which didn’t occur in Alabama before. We claimed this ruling as a win for the kids receiving medical care. The State of Alabama has appealed the ruling and it will next go to the 11th Circuit Court.

Easter came in a very unexpected way this year. I am grateful that grace made a way and for me and Pilgrim Church UCC to be part of the way that we as church stand with the vulnerable when the powerful misuse their power.

Rev. Paul Ecknes-Tucker is Senior Pastor at Pilgrim Church United Church of Christ in Birmingham, AL. He is a member of the Southeast Conference PAM (Preparation for Authorized Ministry) Team and was co-facilitator of the Churches Joining Forces (part 2): Congregation and Community Partnerships workshop at the 2022 Annual Meeting in Montgomery AL. 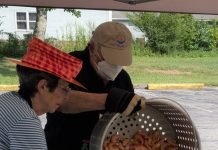