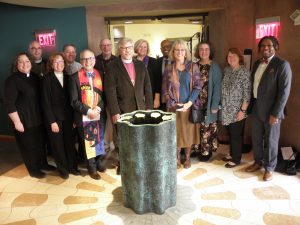 It was an honor to represent the Southeast Conference at the final worship service held in the Amistad Chapel on Sunday, March 13. The Amistad Chapel, the worship space that has been a part of the United Church of Christ National Offices at 700 Prospect Avenue in Cleveland, OH, was decommissioned as part of the process of saying farewell to the Prospect Avenue property that has housed the UCC National Offices since 1990. The UCC is selling the property that has been home to the UCC National Ministries for 32 years and moving to a new space on two of the floors of the AECOM building at 1300 E. 9th Street, just a few blocks away.

Members of the Amistad United Church of Christ, a congregation birthed out of the Amistad Chapel, as well as current and past members of the UCC staff, representatives of the Council of Conference Ministers, United Church Board, and local pastors, celebrated the gathering space, its unique baptismal font and communion table, musical instruments, and furnishings. Some of the furnishings will be moved to the new UCC space to create a smaller worship and meditation space there. The unique communion table is being redesigned and will take up residence in the Amistad Conference Room on E. 9th Street. The Amistad UCC congregation will continue to gather virtually.

Pictured are several of the members of the Council of Conference Ministers as we gathered around the baptismal font that has sat at the entrance to the Chapel since it was designed and commissioned in the original worship and gathering space in 1999. We were grateful to be part of the farewell gathering and God’s call for the United Church of Christ National Setting and Amistad UCC to live into something new! 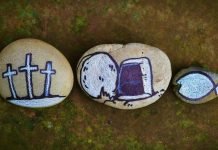 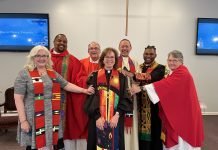 Celebrating the Installation of our Conference Ministers 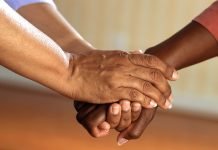 Preparing for our “Virtual” Annual Meeting