You are Invited to Attend the Ecclesiastical Council for Tonya Barnett and Rev. Dr. Valencia Jackson on Thursday, June 24th at 5:00 pm EDT / 4:00 pm CDT

The Commission on Ministry invites you to the Ecclesiastical Councils of Tonya Barnett and Rev. Dr. Valencia Jackson on Thursday, June 24th at 5:00 pm Eastern / 4:00 pm Central on Zoom. Ecclesiastical Councils (ECs) are the last step in the process for both Members in Discernment and for Ministers transferring their credentials to the United Church of Christ from another denomination called the Privilege of Call. As part of the EC, you, members of the Southeast Conference, will have the opportunity to listen to the work of the Spirit and vote to Ordain Tonya Barnett and transfer Rev. Dr. Valencia Jackson’s Ordination to the United Church of Christ.

The EC will be held online and you can register here: https://us02web.zoom.us/meeting/register/tZclc-muqjMpGtA05ao0T7H38JicesM46yrm 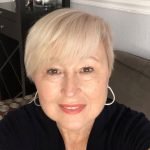 Tonya grew up in Big Stone Gap, VA, and moved to Knoxville to attend the University of Tennessee many years ago. After finding her community at Church of the Savior UCC, she started preparing for ministry – first through the PATHWAYS program, then at Lexington Theological Seminary. After her first year of seminary, she became the Minister for Youth and Children at Church of the Savior and still serves in that capacity. In 2019, she received her Master of Theological Studies from LTS. She lives with her spouse, Poinsettia Byrd, and their fur babies-Sadie and Gigi. Tonya loves books and reading, being outdoors, and interior decorating projects. She is passionate about social justice (especially for our immigrant neighbors and for folks in the LGBTQIA+ community) and believes that teaching and modeling faith-based advocacy and service for our peers and our youth are essential components for bringing change. You can read more about Tonya’s journey to ministry here. 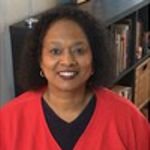 Reverend Jackson is a Certified Professional Rehabilitation Practitioner. She is a published author. Reverend Jackson has a published sermon in the Review & Expositor Journal entitled, “Confessions of a Shopaholic.” She has written a devotional that can be found in the “Reflections Daily Guide, 120 Daily Devotionals, January – April 2017.

Reverend Jackson believes that people can be changed by, “The renewing of their minds.”  Further, she believes that the church should be dedicated to teaching and practical application in order for the church to grow and for the people of God to grow. You can learn more about Dr. Jackson’s ministry here. 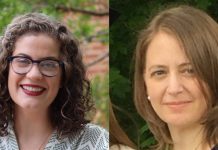 Invitation to Installation and Ecclesiastical Council 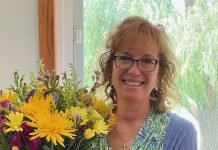