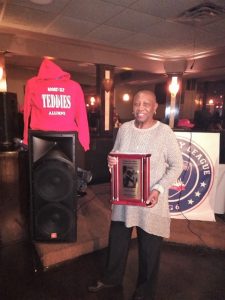 DAYTON, Ohio –Doris Black, a 25-year member of Victory for the World Church, recently received the “Doris Black Female Athlete Award” for Roosevelt High School in Dayton, Ohio, at a ceremony on Jan. 31, 2020. The award honors the achievement of Dayton Public School female alumni who have demonstrated determination, perseverance and a spirit of excellence in fulfilling both their athletic and career goals.

Black is an active member of several ministries including, Meals on Wheels, Gateway and Care ministry. She was a health and physical education teacher at Lindley Middle School, Mableton, Ga., 1992 through 1997 and was Educator of the Year 1997-1998. She completed her Master of Education Counseling Certification in 1995 at West Georgia College, Carrollton, Ga., and was a counselor at Central Alternative School, Smyrna, Ga., 1997 through 2007. She returned to Lindley Middle School as a counselor in 2008 and retired in 2010. 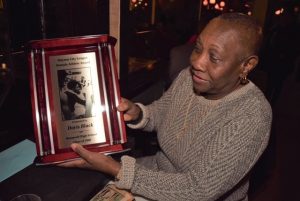 Black is renowned in Dayton for being one of the first females in the nation to coach a boys’ high school basketball team. While at Colonel White High School, she coached the girls’ basketball team to win three City League Championship titles in 1973, ’75 and ’77 and a District championship in 1977. Her success with the girls’ team led to her coaching the boys’ team for two seasons and won a share of the school’s first-ever City League Championship Title in 1978.

She continued her coaching career through the 1980s at Central State University, Wilberforce, Ohio, and Clarion University, Clarion, Pa. Black was an associate professor and Director of Athletics at Agnes Scott College, Decatur, Ga. 1988 through 1991.