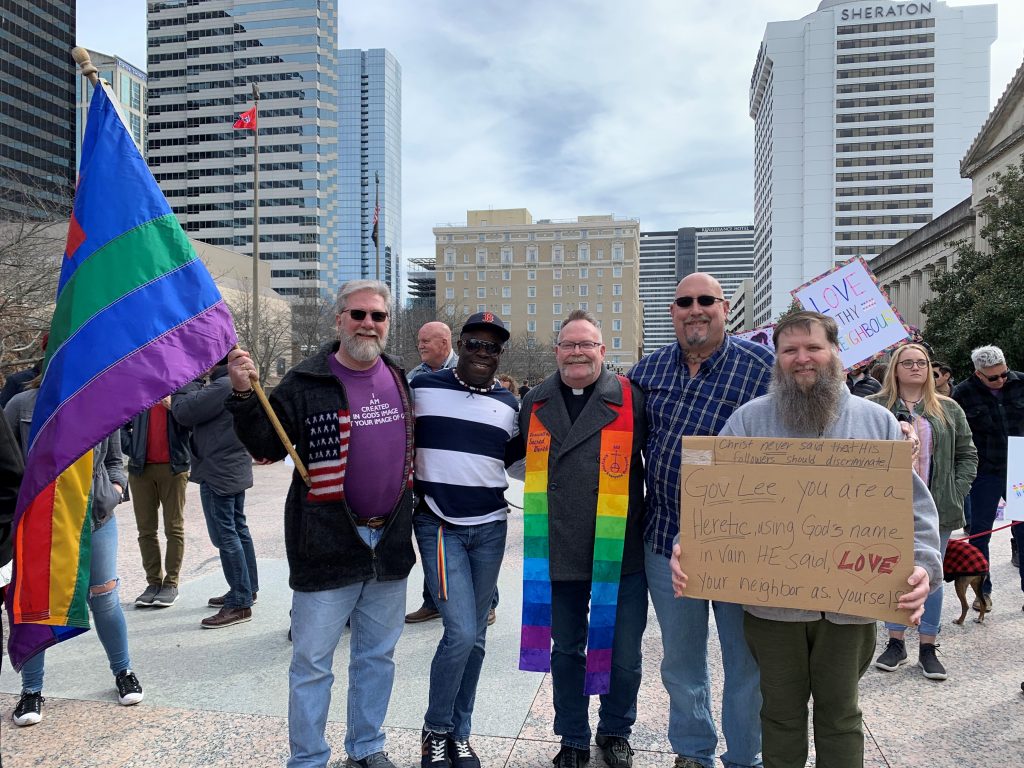 A protest for LGBTQ adoption rights was held on Saturday, February 15 at Nashville’s Legislative Plaza. The Tennessee Activist Coalition held the protest in response to Gov. Bill Lee’s new bill, which assures continued taxpayer funding of faith-based foster care and adoption agencies even if they exclude LGBTQ families and others based on religious beliefs. The group was met with counter-protesters, who brought signs and a megaphone.

Representing UCC congregations across Tennessee were folks from the United Church of Cookeville. Rev. James Bowman Harris, pastor of the Cookeville church, says “Holy Scripture calls us to care for the orphans. We want to share Jesus’ love for ALL people and ask the Tennessee legislature and governor to rescind the recently passed bill.” Watch the news video here.