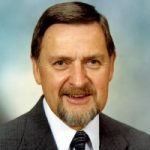 The Rev. Dr. Dan Rosemergy, born August 12, 1939, died in his home in Uplands Village, Pleasant Hill, TN, on July 10, 2019, from pulmonary fibrosis. He was a minister and an interfaith and social justice advocate. He worked throughout his professional careers to bring people together across ethnic, racial, gender, and religious lines.

Born August 12, 1939, and raised in the “Copper Country” of Michigan’s Upper Peninsula, the Rev. Dr. Dan Rosemergy was the son of the late Silas and Esther Rosemergy.

Dan was a graduate of the University of Michigan at Ann Arbor, where he earned B.A. (History/English) and M.A. (Higher Education Administration) degrees. He then served as a Naval Supply Officer stationed in Morocco and Washington, DC.

Dan’s first career was in higher education administration at the University of Michigan (UM) at Ann Arbor, where he directed a large residence hall. Later he was Associate Director of Financial Aid, with subsequent service in Financial Aid at UM-Flint and Eastern Michigan University.

Dan was a second career minister. In 1979, he took a sabbatical to study theology and social ethics at the Vanderbilt Divinity School (VDS) and decided to pursue a career in ministry. At VDS, he earned a Master of Divinity degree with honors (1982) and a Doctor of Ministry degree (1988) with a focus on pastoral care/counseling.

Dan was active in the community and nation. He served 12 years on the national Interfaith Alliance Board of Directors, and he served on the Board of Trustees of the Mountain Retreat and Learning Center in Highlands, NC, for several years. He helped found the Interfaith Alliance of Middle Tennessee and served as its Chairperson. He was President of the Board of Directors of the Nashville Cordell Hull Chapter of the United Nations Association, USA. He was a member of the Advisory Boards of the Atlantic Institute (TN) committed to cultural exchange and interfaith dialogue; and the World Wisdom Bible Project. Dan served on many other boards and steering committees over the years including Planned Parenthood of Middle and East Tennessee, Jobs with Justice, and the Nashville Peace and Justice Center, which he helped found in 1991. He was a member of Leadership Nashville and was a frequent guest speaker for organizations and events around the city. 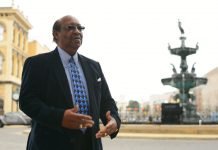