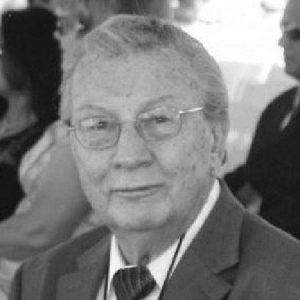 The Reverend John R. Lackey, age 92, of Knoxville died peacefully, surrounded by his family, on Friday, November 16, 2018. Born in High Point, North Carolina, he joined the Navy at the age of seventeen and volunteered for submarine duty in the Pacific during WWII. His bunk on the submarine was eighteen inches directly below a torpedo. He married Glendon Parrish in 1949. Survivors include his wife of sixty-nine years, Glendon; children, Susan Wilder, Rosemary Lackey, Caroline Lackey, and John R. Lackey Jr., and grandchildren, Gabriel McAteer (Josh) and Caleb Wilder.

John attended Wake Forest University for two years and graduated from Elon College in 1950. He received a Master of Divinity degree from Duke University in 1953. John was a pastor in the United Church of Christ for fifty years, serving parishes in Virginia, North Carolina, and Tennessee. He pastored Church of the Savior, UCC in Knoxville from 1976 until 1993, and served the COS as pastor emeritus until his death.

Throughout his ministry and for decades after his formal retirement, John was a powerful and often fierce advocate for social justice, working tirelessly for peace, racial, economic, and sexual justice. From the pulpit and the picket line, he was a leading progressive voice in Knoxville’s faith communities. He fearlessly opposed the Vietnam war and advocated for racial justice. Despite threats, his leadership led Church of the Savior in the 1980s to provide the Metropolitan Community Church (a predominantly gay, lesbian, bisexual, and transgender denomination) the use of the COS sanctuary as a place for their worship. Under his leadership, COS offered an extravagant welcome to LGBT persons for membership in the congregation. For decades he fostered sustained interfaith relations with Jewish and Muslim congregations. He was a recipient of the Religious Service Award by the Knoxville Roundtable of Christians and Jews.

Accompanying his social activism was John’s theology of love for God and for each other. His core message and the subject of many of his sermons was Agape: the unconditional love of God for all of his creatures.

John was a person of many talents and interests; he was a poet, painter, and photographer. A lover of nature, he could identify almost any local wildflower; a hiker who seemed to delight in getting lost; an exuberant traveler who, with Glendon by his side, enjoyed extended visits to France and Italy (where he fell hopelessly in love with Florence), and to Nova Scotia, where he and Glendon spent parts of many summers in retirement.

The memorial service for Pastor Emeritus John Lackey will take place at Church of the Savior on Saturday, December 15, 2018, at 3:00 p.m. with Reverend John Gill officiating. In lieu of flowers, memorials may be made to Church of the Savior Memorial Garden, 934 North Weisgarber Road, Knoxville, TN 37909.

The UCC and the Villa International Experience