Important News from the United Church of Christ

United Church of Christ General Counsel Heather Kimmel is advising churches and clergy to recognize that the end of the clergy housing allowance is a possibility.

The clergy housing allowance is compensation provided to ministers by their employers which the ministers can exclude from their income for purposes of calculating federal income tax. The amount excluded is limited to the fair rental value of the home, including furnishings and utilities.

In a memorandum issued to the Council of Conference Ministers, Kimmel advised that a Wisconsin court recently ruled that the clergy housing allowance is “unconstitutional as an Establishment Clause violation, because it is a preference for religion.” She goes on to say that the court order “applies only to those who receive compensation in the form of a clergy housing allowance; it does not apply to ministers who live in church-owned parsonages.”

Kimmel said the ruling will not go into effect immediately because it is being appealed in the appropriate federal appeals court. She said a decision is expected before the end of 2018.

Learn more about what Conferences, Local Churches, and Clergy should do. 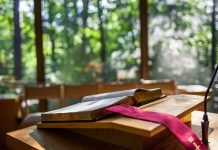 Pastoral Letter About Reopening Churches from the Conference Minister 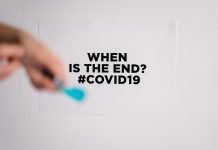 Making Decisions and Planning for Reopening of Churches

Response to the Charlottesville Events from the Conference Minister