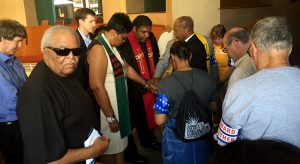 Faith leaders are crossing denominational, racial and social lines to come together on behalf of the marginalized, calling on nominees for national political positions and on both major political parties to embrace a moral agenda that champions justice and equality instead of fear and rhetoric.

The Higher Ground Moral Declaration calls on the entire American political system to rise above “hatred, fear, left-and-right politics, in order to reach our highest values of love and justice,” says William Barber, a Christian Church (Disciples of Christ) pastor. He is one of the leaders of “The Revival: Time for a Moral Revolution of Values” cross-country tour that launched in April. The Revival aims to challenge faith leaders to be more vocal about harmful policies that impact marginalized communities.

Rev. Traci Blackmon, acting executive of UCC Justice and Witness Ministries and part of the Revival tour, said, “We are all responsible for what is happening [because of our silence], and we are all obligated to participate….We are in a time when people are hungry, homeless and hurting, and we are in a time when the government wants to cut social services.”

The Higher Ground Moral Declaration was delivered to both the Republican and Democratic conventions in July and will be delivered to every presidential, gubernatorial and congressional candidate this fall along the fifteen-state tour. 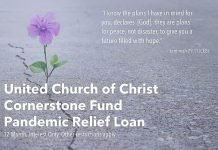 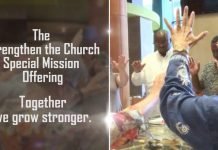 The UCC Strengthen the Church Offering is May 31

Meet Me At the Crossroads