Grace and peace to you as we approach Holy Week.  Over the decades, this time has been for me an opportunity to identify more and more deeply with the passion of our Lord Jesus and its claim on my life and witness.

As all of us gather together in worship on Palm-Passion Sunday, it’s also a time to find solidarity in community.

On March 16, I joined the 38 UCC Conference Ministers and, together, we joined our counterparts in the Episcopal Church (the House of Bishops) by unanimously signing on to a statement they released March 15, 2016.  This first, the leaders of our two denominations joining together, is in response to the unprecedented political climate in our country as the presidential primary season continues.

You can read our statement below.  You can find it in this article on the UCC website.

Some of you will be moved to read it aloud as part of your announcements on Sunday.  Some of you will make room for this in your bulletins.  Some of you will forward this email to the members of your congregations.  However you are moved to share this word to the church, I am grateful for you, your ministry, and the witness we are called to bear together. 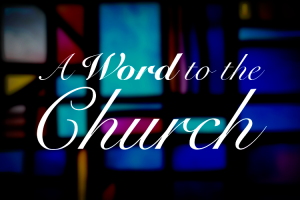 On Good Friday the ruling political forces of the day tortured and executed an innocent man. They sacrificed the weak and the blameless to protect their own status and power. On the third day Jesus was raised from the dead, revealing not only their injustice but also unmasking the lie that might makes right.

In a country still living under the shadow of the lynching tree, we are troubled by the violent forces being released by this season’s political rhetoric. Americans are turning against their neighbors, particularly those on the margins of society. They seek to secure their own safety and security at the expense of others. There is legitimate reason to fear where this rhetoric and the actions arising from it might take us.

In this moment, we resemble God’s children wandering in the wilderness. We, like they, are struggling to find our way. They turned from following God and worshiped a golden calf constructed from their own wealth. The current rhetoric is leading us to construct a modern false idol out of power and privilege. We reject the idolatrous notion that we can ensure the safety of some by sacrificing the hopes of others. No matter where we fall on the political spectrum, we must respect the dignity of every human being and we must seek the common good above all else.

We call for prayer for our country that a spirit of reconciliation will prevail and we will not betray our true selves. 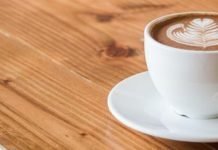 Coffee with Char and Heather (A Virtual Conversation) 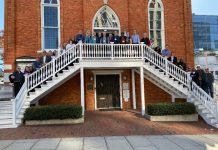 A Time for Reflection and Hope

Preparing for Hurricane Michael in the Southeast