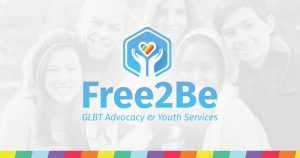 Open Table UCC in Mobile, in partnership with Huntsville-based social service agency Free2Be (Free2Be.org), will launch a peer support group in Mobile for LGBT teens on January 23rd. Youth ages 14 to 18 will gather every second and fourth Saturdays, 2:00 to 4:00, to socialize and support one another. The first hour of the weekly program is primarily educational. That will include guest speakers on topics relevant to LGBT teens, films, or art projects led by an art therapist who’s a member of Open Table. The second hour is a time for social interaction and adult-facilitated support group conversation.

Funding comes from a Neighbor in Need grant, a Transforming Churches, Transforming Lives grant, and matching funds through Free2Be. The funding makes possible careful training for the adult facilitators of the group, a refurbished and dedicated space for the meetings, publicity, refreshments and other resources, and a budget for participants who may want additional support from licensed, LGBT-affirming counselors.

Last Sunday, Jan. 3, carefully selected and screened adult facilitators went through a four-hour training session led by James Robinson, director of Free2Be. Local partners in this endeavor to support vulnerable teens include All Saints Episcopal Church, LGBT Wave of Hope, and Mobile’s chapter of PFLAG with other congregations and groups expressing interest. Pilgrim UCC in Birmingham has also entered into a supporting relationship with Free2Be by housing the Free2Be Birmingham office in their facilities.

Open Table’s plan to support LBGT teens in Mobile began after a three-month discernment process in the summer of 2014. At the end of the process the congregation enthusiastically named support for the LGBTQ community in Mobile as their signature ministry. Marriage equality advocacy absorbed most of their time and resources for the first year. By the summer of 2015, as marriage equality was becoming the law of the land, the congregation turned its attention to the problems of LGBTQ teens who often do not feel safe—in school, in church, even at home. Discovering Free2Be in Huntsville, which has served over 100 LGBT youth in North Alabama in the last 5 years, provided Open Table with a well-tested model and partner.

Open Table has only two teens who regularly attend church. But Open Table’s pastor, Ellen Sims, believes a youth ministry includes those in the larger community that are served at the place of their need. She explained, “We will be ministering to teens who may never attend our services or receive directly from us any religious instruction. Our LGBTQ youth group will likely include teens who’ve been hurt by past churches. They may never think of themselves as connected through us to a church. But they will know a church is providing a safe, welcoming, and strengthening community. We’ll let our love alone bear witness to God’s love. We’ll keep them in prayer. We’ll claim them as our youth whether or not they know much about the church or not, and we’ll be available if they express an interest.” 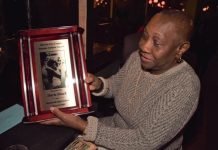 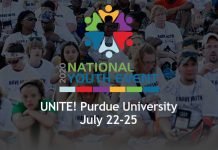 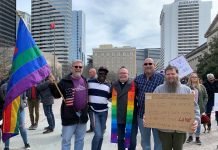 Executive Director of Back Bay Mission to Speak at Pleasant Hill...