Like so many of us, David Gillespie passed by the clumps of blankets along Piedmont Avenue more times than he could count, and each time he wondered who they were, what their story was, and if, maybe, he could somehow help them.

But unlike too many of us, the questions haunted Gillespie in such a way that one day he stopped. He had to. He needed answers. Especially on this day.

This day, the way he remembers it, was an extremely cold one in February 2009.

Gillespie was scared so he turned his flashers on and left his car door ajar just in case he needed to make a quick getaway.

“Hey,” he said as he approached the clumps with bottles of waters and granola bars. “How you guys doing? Want some water?

A man named Raymond and his wife Nadine slowly pushed the thin blanket covering their heads down past their necks. This clump was really two huddled human beings.

For nearly a decade now, that single encounter has fed Gillespie’s passion to help homeless people get off the street. It gave birth to a ministry the Virginia Highland Church refers to as The River.

This being the Christmas season, I found Gillespie’s story particularly apt for a couple of reasons.

While those of us who are fortunate can indulge in fantasizing about things we don’t need this holiday season, the fact that millions of people are homeless is particularly potent.

Add to that the idea that we need to fear and, by all means, reject anyone who is somehow different from us and you have in effect the makings of the Christmas story told in the book of Luke.

Ten years ago, Gillespie was in that place, scared to death of the homeless, unwilling to acknowledge their humanity.

Then in a moment he still can’t explain, he stopped and talked to Raymond and Nadine and found, except for their current residence, they were just like the rest of us. Nursing broken promises, hoping and dreaming of better days to come.

Through no fault of their own, the couple had fallen on hard times and ended up there with no place to go, just like Mary and Joseph and the baby Jesus.

“This is not a new thing,” said the Rev. Michael Piazza, pastor at Virginia Highland Church. “In a world where there are homeless refugees, we are followers of someone who was homeless and was a refugee.”

It is an ancient story with modern headlines, both social and political.

Raymond and Nadine would eventually introduce Gillespie to the others on the corner. And every Saturday from then on, Gillespie took them hot buckets of chicken and bottles of water.

But he didn’t just stop there. He sat and talked, immersing himself into their world. Over time, their relationship blossomed much like his encounters with strangers at the office.

What he learned was transformative. Gillespie got a glimpse of a multitude of social ills ushering people into homelessness, from lost jobs to mental illness to addiction. As he sought to help them, he discovered how difficult it is to get on your feet and off the street once you’re there.

Things were never as they seemed.

Last year, Gillespie began sharing the stories he heard with the Rev. Anna Hall at Virginia Highland, the church he joined in 2014.

Hall told him about The River, the old folk tale about a villager who noticed a baby floating down the river and quickly swam out to save the baby from drowning. The next day there were two needing saving, then four and eight. Before long, rescue squads were working 24 hour days snatching babies from the currents until finally someone asked, “Where are all these babies coming from?”

When it came to homelessness, Gillespie, Piazza, and Hall believed the church needed to ask a similar question: Why are these men and women homeless?

And so instead of just providing them food and clothing, Gillespie and his team of volunteers try to figure out what mix of circumstances led them to this place, address those and then hold them accountable for trying to break free.

“We do what we can to help them navigate through what can be a very daunting process of getting access to services, job opportunities, medical care,” Gillespie said. “Most importantly, we try very hard to give them back their dignity.”

When they began work on this corner early this year, there were 20 of them but only five, including Gillespie, remain.

Some of his friends think he’s crazy but none of that matters to Gillespie. He’ll be at this corner, doing this work for many Christmases to come.

“We are in a season and time of otherness and that’s not how we’re going to make this world a better place,” Gillespie said. “When we drive by these people and ignore them, we chip away at their dignity. And yet every single day they get up and they survive and they survive, I think, because they believe there will come a time when things will be better.”

I call that hope, the real blessing of the Christmas season. 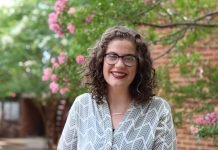 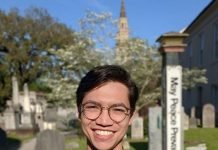 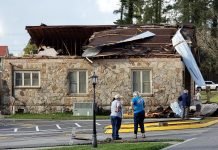 Join Church of the Savior (Alpharetta, GA) for a Final “Service...

Southeast Conference Churches to March Together in Atlanta Pride