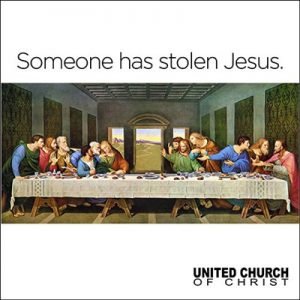 God is Still Speaking, the identity campaign that branded the United Church of Christ in a distinctive way and helped define its progressive voice in the faith community, is getting an upgrade/refresh in 2016. In fact, the UCC launched the pilot phase of Still Speaking 2.0 on Dec. 1 in anticipation of a full rollout after the first of the year.

“We are asking what the new edge is for the United Church of Christ,” said the Rev. John C. Dorhauer, UCC general minister and president. “It is clear that the brand still works, but we are all using the same language that we have used for 10 years. In addition, the edge 10 years ago was clearly built around commitments to ONA and marriage equality.” But since the world has changed and marriage equality is the law of the land, Dorhauer says the UCC is working to identify what now sets it apart. “So, what’s our new edge? What will new commitments call us to? What does a refreshing of the brand identity of being a still speaking church look like in 2016? That is what we are testing.”

The test involves a media toolkit for churches, created in partnership with the 31 Lengths advertising firm, owned and operated by Michael Jordan, the same marketing executive who helped develop the original Stillspeaking campaign. This project, Still Speaking 2.0, is being tried out in seven UCC Conferences –– each of which agreed to help fund the initiative.

“We needed a refresh!” said the Rev. Michael Denton, conference minister of the Pacific Northwest Conference, one of the groups involved in the pilot. “The ongoing identity pieces have been great but the timing is right for a large, denomination-wide identity campaign again.”

Read more about the initiative on the UCC website: ucc.org/news_still_speaking_2_0… 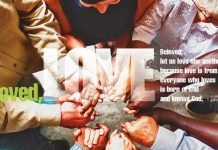