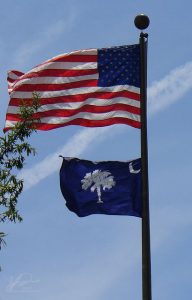 We have had requests in the Conference office from people wishing to respond to various issues related to South Carolina. Here is a partial listing of activities being planned:

Helping Rebuild the Churches that have Burned

The United Church of Christ has an Emergency USA Fund, and donations to it can be earmarked “Burned Churches, 2015.” You can send your contributions through the Southeast Conference or directly to Wider Church Ministries, United Church of Christ, 700 Prospect Ave., Cleveland OH 44115. In the coming weeks national staff will determine where the capacity is emerging for long term recovery, it will almost certainly be ecumenical. Further plans will be communicated on the national UCC website.

National Staff of the UCC are deliberating about how to respond to this. More information will be available on the national UCC website next week.

The Southeast Conference UCC is a member organization of the South Carolina Christian Action Council. The Council invites you to attend these upcoming events to build support to retire the Confederate flag. Come and bring friends to any or all of these events and share this e-mail with your network.
Unity Rally – Saturday, July 4, 4:00 PM – State House Steps, Main & Gervais

In case you missed it, Designated Conference Minister June Boutwell authored a pastoral letter in response to the shooting at Mother Emanuel church in Charleston. View it here. 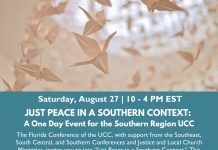 Special SECUCC Webinar on Mon, 4/6: Impact of the Pandemic on...

Celebrating the Ordination of Haley Lerner