Civil rights pioneer Lonnie C. King Jr. of Atlanta was presented with an honorary Doctor of Humane Letters degree from Piedmont College during a ceremony Friday, June 12, at the College in Demorest, Georgia. The presentation was made during the annual meeting of the Southeast Conference United Church of Christ held this week at the college.

The honorary doctorate was just one of the honors King collected, as the Piedmont Board of Trustees also presented him with a proclamation highlighting his long career on the front lines of U.S. and international civil rights campaigns.

King helped form local and national civil rights organizations, including the Student Non-Violent Coordinating Committee, in the 1960s. He graduated from Morehouse College in 1969 and earned a master’s degree from the University of Baltimore.

A former college history professor, in 2010 King founded the Peachtree Hope Charter School in Atlanta and plans to organize more charter schools to open doors of opportunity and achievement for disadvantaged children. 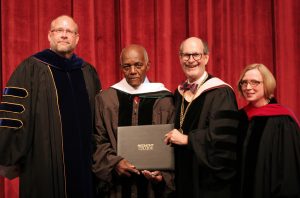 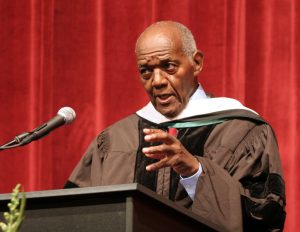