On Saturday, delegates gathered for morning devotions and the business meeting. The Re-imagining Task Force, which has been meeting for a year to determine the functions of the Association now that they have ceded all actions regarding authorized ministry to the Southeast Conference Commission on Ministry, presented their report and recommendations. The Re-Imagining Task Force (Rev. Debbie Douglas, Rev. John Gill, Rev. Leslie Etheridge, Tonya Barnette, Pastor Amber Kirkendoll, Kimberly Lee, Hannah Meyers, and John Stewart) was appointed by the Gary Myers, Association Moderator by request of those who gathered for last year’s annual meeting to explore new possibilities and reasons for staying together as an Association.

The delegates defeated a motion to disband the Association and voted to accept the recommendations of the Task Force.

First, that the churches of our Association continue to remain in formal relationship to one another in some intentionally structured form like an association of churches; and

Second, that whatever form such an association takes, it ought to fulfill the following essential functions:
Supporting Local Churches and Pastors
Embracing Our Unity in Diversity by Worshipping Together
Strengthening Our Shared Identity by Working Together
Fulfilling Our Call to Support the Formation of Ordained Ministers
Third, that the current official form of the Association remain intact until a new structure is formed to replace it.

Fourth, that a leadership team be appointed to develop a more detailed description of such a new structure including necessary by-laws changes.

A fifth function was added by amendment to the proposal requesting an education component.

All officers have agreed to continue in their terms for the next year with the exception of Ginny Nixon who has asked to step down as treasurer. The executive committee is seeking nominations to appoint a new treasurer. 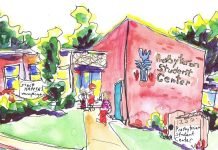 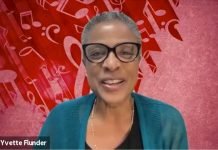